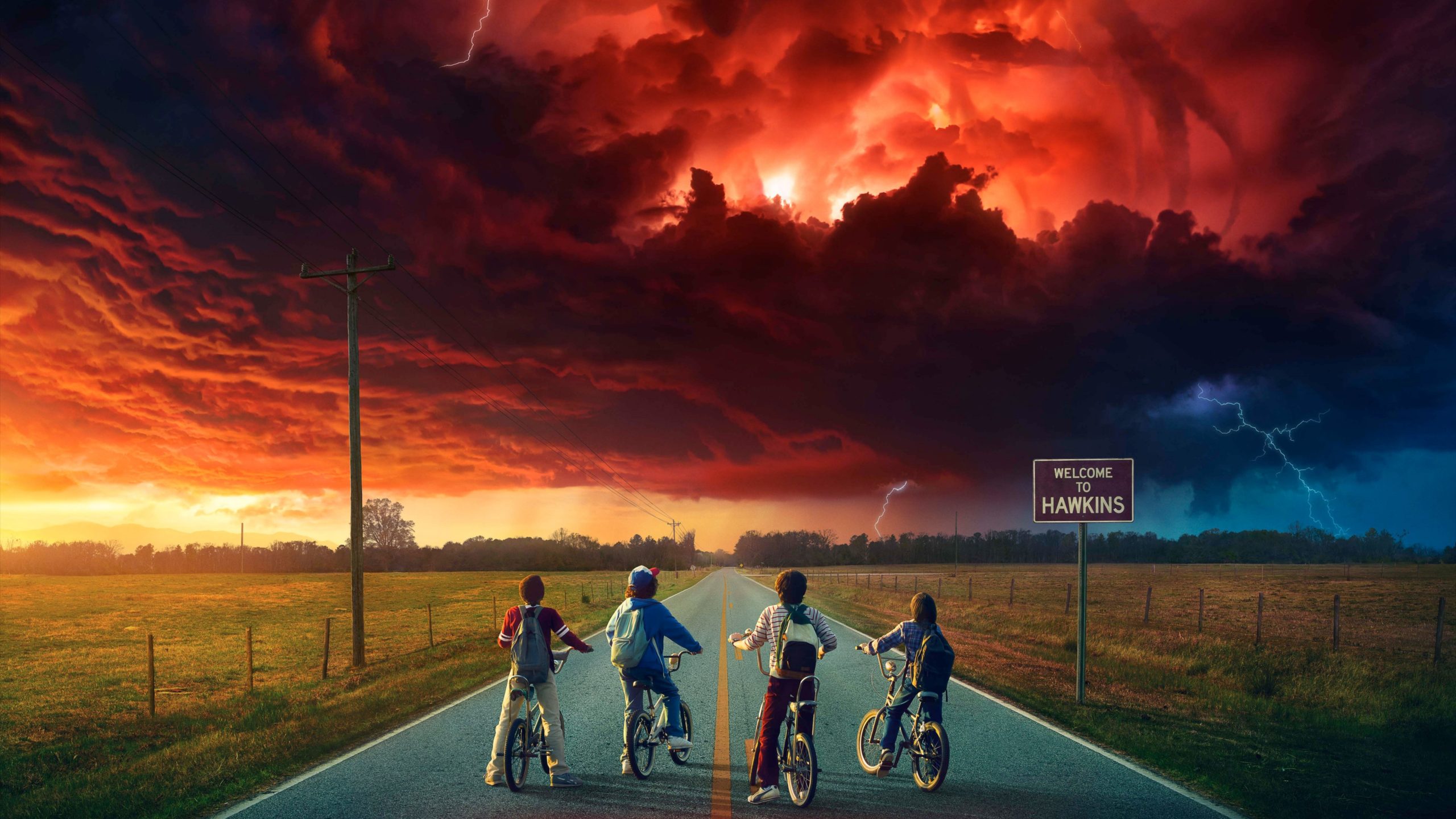 I lost my apocalypse… now what?

Apocalypses are fantastic tools to get people moving, to get them to do what you want them to do.

As someone raised on the thin gruel of an apocalyptic future – a radical traditionalist – I should know. Our leaders kept us paralyzed or frenzied with fear at the amount of demonic activity going on out there. Everywhere.

Every news headline was a drum beat from Mordor. Every ‘seeming victory’ was a trick of the enemy. Human desires for pleasure, the basics of Maslow’s Hierarchy, or a future outside the ranks, were treason.

My childhood and early years were shaped by this obsession with the dark clouds gathering on the horizon. We kids were grateful to abandon adults, leaving them to brood in their living rooms and parish halls. They loved to murmur about the incessant march of the Anti-Christ Fuhrer. He was out there, somewhere… making everything worse.

Don’t get me wrong. Our family life would have beautiful human moments, in spite of all the structured negativity. God always breaks through in spite of us. He seeds human moments of love and mercy and forgiveness.

But that was not the culture. Not the spirituality.

Instead, we quietly believed we were (quite humbly) the best things to happen to the world. We were the saviors of the Church, with our rigorous attention to every detail of tradition and liturgy and civility.

Like a ‘good trooper,’ I did what I was told. I worked hard to be a good recruit in ‘Our Lady’s Army’, preparing for the impending ‘Reign of Mary.’

It was such a cultural straightjacket.

But I didn’t realize what a straightjacket it all was until a moment came. A moment when my apocalypse was taken away, when I was forced to stop looking into the future and, instead, look into another person’s eyes.

That challenge to really, truly, see Christ in another human being, broke me.

Pope Francis is fond of saying, ‘reality is greater than ideas’.

My wife fell sick early into our marriage. I learned how to sit in silence by someone’s bedside. Without answers. Without snappy solutions. I am learning how to raise our little girl, and hold a family together. How to get the wash done, how to get the work done, how to cook.

All my dreams of nobility and elitism—and terror over an awful future—melted away.

Sure, I complained a lot. Complaints crept into everything. I saw myself as such a victim.

In truth, I was terrified—I didn’t know who I was outside my culture of apocalypse. All my lovely “robes” and armor and identity had been stripped away.

Ever see ‘A Beautiful Mind,’ about the brilliant John Nash seeing imaginary characters? Living with an apocalypse is like that. If you keep talking to it, keep seeing it, it will reinforce and reinvent and get smarter and worm its way in deeper.

Now, I am learning a new path; the mystic path. To see Christ in all things. To want to love him in all things. Even in my enemies, and my fears, and my own wounded weakness.

Humanity asks: “Lord, how shall I be saved?”

Christ: “Love God above all things, and love your neighbor as yourself.”

To accept God, fear my neighbor, and not know what it means to ‘love myself’ is not Christian living.

This has become my journey—my journey out of my apocalypse and into life with Christ.

I’ve come to realize that everyone has their own apocalypses.

There’s the ‘conservative,’ ‘traditionalist’ gulags. There’s ‘liberals,’ ‘leftists,’ and every other label that can be fired at anyone. We all cultivate our own apocalypses: world famine, over-population, encroaching capitalism, etc.

One side offers gales of incense in liturgy to ward off a terrible spiritual future.

The other panics and litigates to ward off a terrible materialist future.

You see, an apocalypse is a marvelous means for inspiring action, for getting people up off their butts.

You marshal together just enough data, throw in some story, myth, a dash of real-life experience to create fear. But… don’t make it too practical. Set it in the future. It’s always ‘coming.’ We’re always seeing ‘signs’ that it’s getting closer.

What if we all lost our apocalypse?

I’ve observed this in myself. Those who learn to sit with doubt (a normal, human emotion) can escape the fanaticism of an apocalypse. Of the need for an apocalypse.

Those around us are ‘convinced and clear’ about things. Fanatics usually are – fixated on a single reality, dismissive of the margins.

We  should welcome the ‘damnable’ seed of doubt. It’s not ‘damnable.’

It’s ‘celestial,’ working its way from the inside. Because that’s where God starts. There’s no ‘outside in’ for God.  He starts from inside out.

I remember marshalling in the rigorist, purist lines, looking down on those languishing in the ‘City of Sin.’ We stand to arms on the battlements of the City of God. And there is no sin in us. Not really.

This is the fear and flavor of living under the promise of impending apocalypse.

But this kind of ‘apocalypse’ has nothing to do with the Visions of Christ, as recorded by the Evangelist John.

That Apocalypse has a completely different meaning. That one is meant to be cryptic, outside of time, mostly resolved during the lifetime of the apostles, and telling the mythic panoply of the wedded past and future of all creation. It’s not an end-times manual.

But we really like manuals. So, we keep writing our own. The 20th century trotted out a kaleidoscope of every possible apocalypse, aimed them at each other across the aisles and the oceans, and fired millions of lives at each other.

Then, when All-Out-Apocalyptic-War shrank back to nurse its wounds after 1945, humans turned to the ‘Cold War’ option. Conspiracy theories festered and bubbled and swarmed like lice. Newspapers, prelates, commentators, Youtubers, and influencers all forecast how terrible life will be if their change isn’t made. They’re still peddling in the power of an apocalypse.

It’s like a favorite toy and everyone wants to play with it—“Unless you think like me, we’ll see Hell on earth in our life time.”

Imagine if we removed that toy?

What would happen to us if we did?

I know what happened to me when I had my apocalypse taken away.

I hated it at first.

But then, when the clouds didn’t come back, when I realized the Prelates of Dark Power no longer had power over me, when I accepted that the lipless, lidless Dementors weren’t actually pulling everyone’s strings…

I fell backwards on the grass, and sat up in the sunlight, and held my children’s hands…

And started to dream again.

Today, I imagine that we’re all wearing funhouse spectacles, painted with clouds and demons. No matter where you look, that’s all you can see.

What would happen if we confiscated them? If the dark clouds suddenly went away? If the skies were as clear as the Eden mornings in Genesis?

If we took Christ’s at his word when he said he was in charge?

I think we’d find all kinds of strange and warped tools in our hands, pointed at each other just a moment ago.

We’d want nothing else than a hobbit-like rest. To help each other out of the mud, and throw together feasts and apologies and weddings.

And as soon as we could, to export this haven-life to everyone else in the world.

Truly, this is what happens when we live the Good News of the Gospel.