When reading about chaos in Sacred Scripture, liturgy, and literature, there are two distinct ways we need to think about it.

It relates to how we are as masculine and feminine. It impacts how we think about interbeing in creation. And it unlocks how we read the opening lines of Genesis.

Chaos in the ancient world is not a bad thing.

There are plenty of gods and goddesses of chaos in the underworld, angels of the abyss. Whenever we see such concepts, we have to separate them.

Chaos is synonymous with receptivity.

A chaotic paintbox is receptive to the order and the imagining we bring to it. A chaotic garden awaits a gardener to double its health and yield and ecosystem. A chaotic universe is a passive mixing bowl awaiting the forms and music of the gods to bring it to life.

Without a capacity for receptivity, everything stands still.

The masculine impulse to order, create, wall up and imagine can only happen within the interbeing of order and chaos. Too much order and life dies, everything becomes rigid and calcified, like a tree turning to stone. Too much planning turns a garden into a factory, a dancestep into lockstep, and spontaneity into predictability. Too much and it becomes brutalist and imperial, like a pyramid.

The urge to create demands a corresponding capacity to receive. The desire to build demands that bricks submit to holding their form and the architects dream. The dream of the painter requires color and paper to stand still accept their change. The chef’s creativity requires the transmutation of things into new things. The claymaker demands that clay melt and fold under his fingers. The academic expects ideas and patterns to coalesce and express reality to him. The storyteller bends his imagination to say his own stories, and it submits to being wielded.

Things can change because they have a capacity for chaos in them – to lose their form and be broken down and built up into something different.

Chaos is a necessary component of life. Life of its nature is chaotic, constantly forming up and breaking down, spreading everywhere and churning itself into new things, like seeds and fruit and babies and weather and galaxies and singing and cells. Chaos includes death and life mixed together. In that sense, it is feminine.

We can see order and chaos constantly interblending and flowing, as cells mass together and form organs, as seeds sprout into forests, and stars burst into new starbeds. Things change form and resonance all the time to adapt to new changes.

We introduce chaos into business systems when they become too old and stuck in their ways. That being ‘stuck’ means an inability to change. We have lost receptivity to the changing needs of the time, of the new people involved. The old guard gives way to the young blood, and that means things change and break and are reborn.

In turn, the young blood must sit with the old guard, learn the intent of tradition, and translate it into their own persons and times. Chaos by itself is a nightmare jungle.

The healthiest and most enduring cultures found ways to allow for creativity and receptivity – together. Or for order and chaos. The yin yang symbol is beautiful for this. The spiral symbolism of reality of this duality in constant motion is the pattern for life.

In our own lives, we laugh at the idea of ‘expecting the unexpected.’ But we do have to learn to sit with both order and disorder, and see what new ordering can come about, or what chaos we have to introduce into our own rigidity to grow.

Tolkien’s elves are metaphors for the compulsion to rigidity, to the desire to hold fast and safeguard all things against the chaos of time.

But time is not chaotic in a bad sense. Time is an ever constant outgrowing and infilling and kaleidoscoping of the Blowing Spirit of God. The elves did not have the right capacity to endure and thrive in space and time. They fell to the temptations of Sauron to build great and glorious havens, beautiful and melancholic stavings-off of their own fading.

I suppose the same with the dwarves. But it is men who are doomed to die again and again, and therefore to live more fully.

So chaos is not the problem. So far we have been talking about Receptive Chaos, or Receptivity.

The angels exist in this capacity of a cloud of unknowing, a receptive, spiritual miasma of personalities and fractaling expressions of God.

And when they collaborate into mesoforms and superstructures, they combine to create the hierarchies of the Heavens and the earth, all the way up and down into our physical realm, like Jacob’s Ladder.

But it is the gods who refused to accept imagining and receptivity that become the demons who sidle alongside and within us.

They are unlike Mary, the ultimate symbol of receptive chaos in humanity, since female bodies accepts a seed of chaos that balloons and breaks them from the inside out, and blooms into new life. Mary’s body embodies the role of receptivity to her environment.

The dark gods are those who refuse interbeing. They are chaos refusing to comply and be molded. They freeze up and calcify and atomize.

That’s why Genesis begins with the waters of the abyss, the great oceanic being of unmolded creation, perfectly receptive, quivering at the lightest breath of the Spirit, able to hold form and feeling and take shape, to flow and freeze and steam. Under the brooding of the Spirit, like the warm brooding of a hen on her eggs, creation collapses together and takes shapes and personalities and beings and everything that makes up you and me.

That was not a ‘back then’ thing. That’s all happening right now.

And that’s why when it comes to the gods and us, we are receptive to the gods, and they act in an ordering capacity to us. We are feminine, they are masculine.

But together, we are all feminine before the masculinity of the next tier, and that ladders all the way up to the Trinity.

Within the Trinity we see the constant flow of both impulses and energies, the dynamic creator and the receptive receiver, together bringing forth the loved intent.

It is attention and intention that brings order from chaos. We see this in quantum mechanics, where attention to particles changes their states and directions. They are receptive to us.

Goddesses of chaos always threaten the gods of imperial cities, unleashing titans and cosmic problems. The stories of Babel and Atlantis are such stories, where men rigidified ourselves without respect to the flux and flow of nature.

Nature is receptive to angels, Spirit, and men. Just as we should be receptive to our guardian angels, and the impressions and impulses from the Holy Spirit.

But it takes a silence and intentional invite to be receptive. We must become like the waters in Genesis, still enough to feel the quivering wings of the Holy Spirit, to stop being so turbulent in our interior.

To start to become a reflective pool before the mysteries of Heaven. This is why Mary comes from Miryam, the sea. 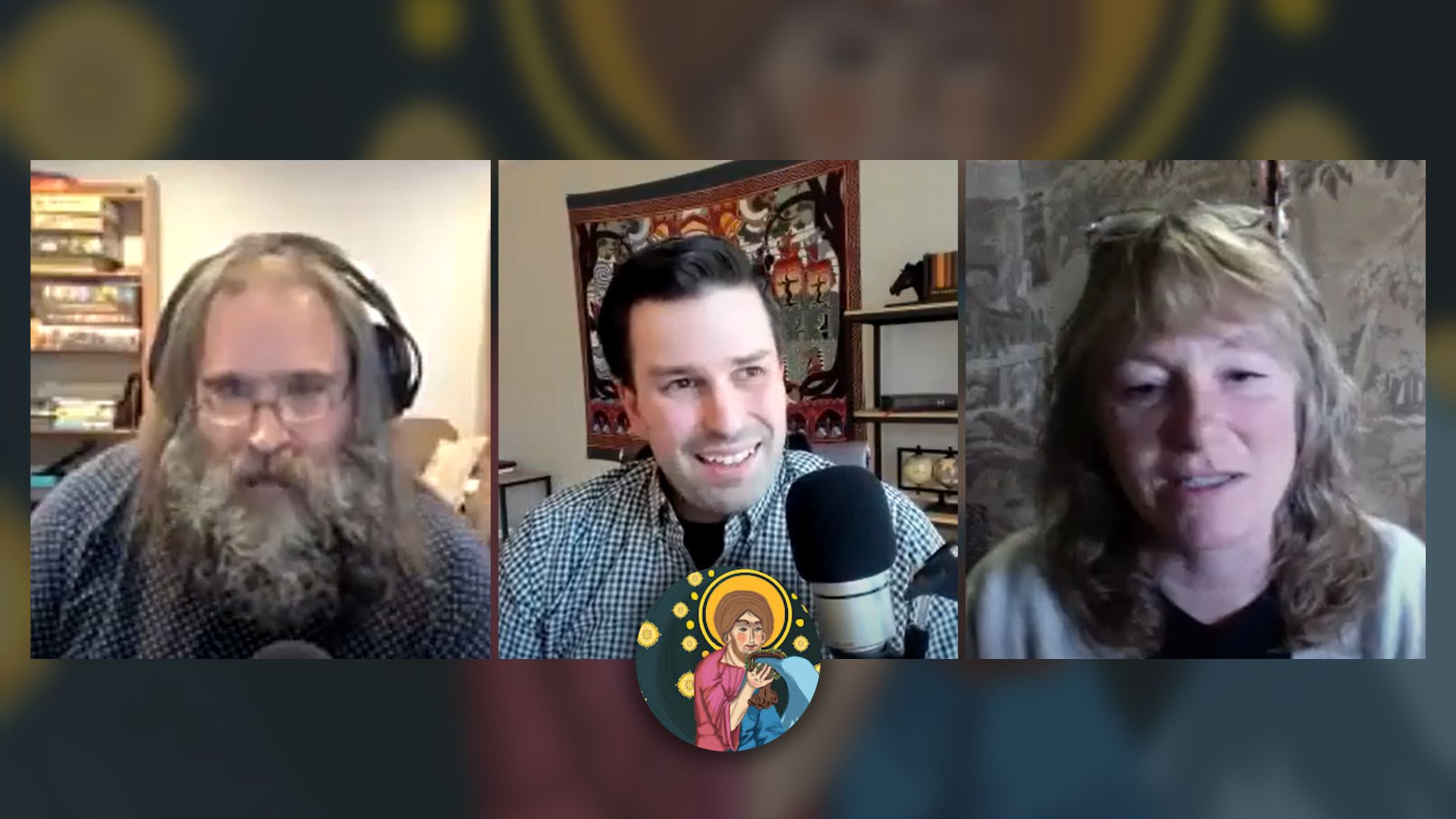 https://www.youtube.com/watch?v=eLr_Id_yzz8 By Nathaniel Hill: "I saw Dominic on Michael Martin's regeneration podcast and immediately wanted to have him on Grail Country. Dominic shares his journey from traditionalist Catholicism into the esoteric and hermetic...