Sacrifice Then & Now: Understanding the Nature of the Mass

The story of mankind is rife with gods and demons, sacrifice and blood, damnation and salvation.

Since the dawn of our first breath, we’ve warred for peace, killed ourselves to find fulfillment and studded the world with monuments and temples in which to adore. We all held one thing in common; there are gods, they are involved in our lives, and we have to respond to them.

The Gods of Man vs God

Strangely enough, in all times and places (before Evolution told us otherwise), the gods all asked for the same thing; us. They were never satisfied until they controlled us, and we adored them. From the Greeks to the Maya to the farthest African bushmen, the gods demanded absolute adoration, respect and dedication. Otherwise they came after you.

The God of Adam, Noah and Solomon, of Abraham Isaac and Jacob, continues to be the same God of John the Baptist, Peter the Fisherman and Benedict XVI. He hasn’t changed throughout all the time we’ve known Him.

Since the dusty moment He breathed Life into our cold nostrils and warmed our soul out of His Will, He’s continued to search for us and hunt us throughout the nooks and crannies of our hearts and histories. God’s journey in search of man is that of a wounded bridegroom, angry at infidelities and begging for the return of our love.

And equally strangely, we haven’t changed. Man is the same creature, the same half-beast, half-angel that he ever was. We all share the same humanity in common, from the earliest Mesopotamian noble, to the simplest Aboriginal, to the most refined Austrian autocrat

. We walk head and shoulders over our primate ‘cousins’, wondering about dignity and destiny, searching for purpose and presence, love and life.

Evidently, we never ‘fit in’ with the rest of the world.  We live on a planet shuddering from the shocks of earthquakes, rippling with tidal waves and blustery storms, swinging in a wobbling waltz through a galaxy of gas giants.  Still, we never sat back on the grass and stopped wondering ‘who is up there?’.

Our earliest histories hold no records of epic apes and noble cavemen, of wars over yesterday’s dinner or who can live in the chief’s cave.

Since the beginning, we recorded not the agonies and triumphs of evolved men, but of transcendent gods who pre-empted our need for eternity by setting great tasks and beautiful rewards. We are always trying to be like gods, except that two main ways existed to become a god.

One was to take it, to demand divinity and to forcefully achieve enlightenment through will and wile. The other was to receive it, to negate all pride and to kneel before the throne of a wise God Who drew us into an embrace, His very touch a thrilling, pulsing, coursing stream of light and warmth.

One served the bloody god of the tempest who dashed our hearts on his altars for his delight. The other served the bleeding God of the evening breeze, Who dashed His Heart on our altar for the delight of our salvation.

The gods, then and now demand our sacrifice and our love. But we have forgotten what it means to love. What else is love, but sacrifice?  The good husband with his wife in his arms intuits the understanding of sacrifice, his self-immolation to her hope, holiness and happiness. But not today.

Today we cannot even love ourselves, because we don’t know who we are. We’ve forgotten that we’re supposed to sacrifice the lambs of Isaac on an altar, and instead we turned them into golden calfs. We’ve forgotten that our desires and hopes are to be laid on the bleeding altar of a loving God, Who responds with the starry wisdom of unchanging eternity.

When Christ Jesus entered our world in the Incarnation, He burst through the wall of our world like a sword through paper, shredding the tired scratches of our quillpens, writing once again with the burning strokes of His finger.

His love for us ran so deep that it ached Him to be apart from us. He loved us so much that He would rather die than spend eternity without us.

And this is the reality of His sacrifice. It remained unchanged from the holocaust of wine and wheat, of lambs and bulls, of Arks and Kings. Abraham loved his only begotten son, and was asked to slay him before the Lord that the line of Salvation may flower. God loved us, and slew His only begotten Son that we might flower into a bridegroom worthy of His Love.

This is the sacrifice of Jesus. It was, and is, not some holocaust to a distant deity to satiate its bloodlust. It is not the drama of a moving story with an exaggerated end. It is the annihilation of the Word, spread-eagled in a nailed, naked embrace, gasping out His wedding vows to the Church He was to marry.

It is the love of the lover in the Canticles, who whispers his passion to his bride. Christ was our bleeding bridegroom, murdered on His wedding night as His watching Bride burst into millenia of tears. With His resurrection, and consummation of the Marriage in the mystery of Pentecost, the bride re-entered the wedding night of her marriage.

Blinded with tears and joys, she ran from His open side to show the world the henna on her hands – marked with His heart’s blood.

Christ hasn’t changed. The Church hasn’t changed, only matured through sickness and in health, for better and for worse, for poorer and for richer. The same Mass celebrated in the Cenacle over the bones of ancient kings and prophets is the same Mass today and tomorrow, re-enacting and re-uniting with the eternal death and resurrection of Our Lord’s holocaust to God.

In the old world, priests and men crawled to the altars of their gods, paralyzed with fear and trembling, pushing their sacrifices into the open maws of Baal and Shiva with averted eyes and dried mouths.

In the new world, Christ invites us with fragrant spices and pleasing music, reaching over the abyss between mortality and divinity, and showing us the rugged strength of His Hands and the sweet warmth of His love. Only one thing stops us from staying rooted in one place at the awesome wonder of our Creator:  His open invitation to run toward Him.

In many modern expressions of the Celebration of the Eucharistic Sacrifice, the sacrificial aspect is sidelined in favor a celebration of fruit and flowers and folk music, turning our focus from the bloody wounds to the smiling eyes. Christ truly does smile, and loves to shower us with good things.

But the role of the Mass is more than a celebration of the warmth of His kisses.

In many places, the one thing that no longer fits in these celebrations is the crucifix itself. We seem to forget that a dead body hangs above the altar, or is propped up between the priest and people.

We have come to overlook the broken flesh and bleeding bones of a pierced victim. We forget that our bridegroom pushed through the swords of Slidr and smashed the teeth of Kali… for us. We have fallen in love with the Heart of Christ, and have forgotten that His Heart is only visible through the ragged edges of a chest wound.

We must re-invigorate the paradigm of sacrifice and the beauty of marriage in our Masses.  Holy Communion is not just the reception of God into our hearts, but the thrilling embrace of God drawing us into Himself, and giving us His Life.  Communion is the kiss of God, the tender, fulminating kiss of a lover on a wedding night giving Himself to us, and asking us to let go of everything else.

God steps out of the Holy of Holies and allows a priest to raise Him before us. The Mass is an ongoing sacrifice to shreave us of sin and re-ignite grace, and the ongoing celebration of a wedding feast.

We must remember that we are creature and He is Creator, that He is Lover and we are Beloved, that He will mystically die again and again to cleanse us until our deaths, when we will see Him face to face, and our veins will run with His blood, and our eyes will shine with His Light, and our lips will love with His love.

The Mass is an ongoing sacrifice to shreave us of sin, re-ignite grace, and the celebration of a wedding feast. https://t.co/zmtfNWCTcO 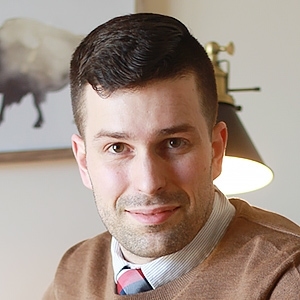 The Mysteries of the Rosary retold from the point of view of the Hero’s Journey, focusing on the theme of Transformation through 20 steps of choice and act.

Fra Angelico is interrupted during Lauds to receive a mysterious child. He is then taken on a midnight Christmas visit to rescue a lost, little girl.

Fra Angelico & the Armor of Alliance

Ready to crash from exhaustion, Fra Angelico’s guardian angel takes him on a mission to Mt. Carmel, then to the Forges in Angelium, and lastly to Aylesford.