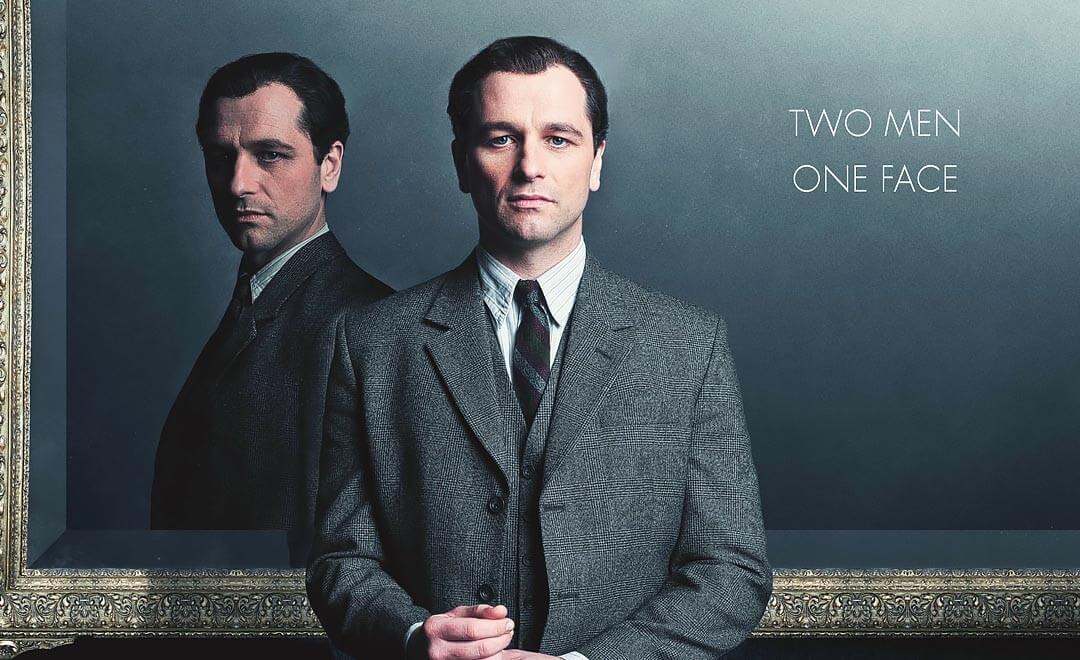 This is one of those films that I really enjoyed. It’s well filmed, well acted, and smacks of small town heroism.

it reminds me of a Prince of Zenda remake set in mid 20th century Britain.

With some reservations – Standing never claimed to be a ‘perfect’ character – this film was deeply satisfying, to see a man with a good heart step into an impossible situation, and through kindness, attention and good will, turns everything around. The special effects for the doppelgänger are riveting.

In the tradition of The Prisoner of Zenda, John Standing is a simple teacher who’s just been fired. The scene is England, 1952, as the Queen is about to be crowned. Stopping at a train station, he bumps into his doppelgänger, a well-dressed and lascivious country gentleman named Johnny Spence.  Spence sees an opportunity to escape a bad business deal, gets Standing drunk and during the night swaps their identities.

Standing awakes to find Spence gone, and everyone patient with an obviously hungover Mr. Spence. Unable to convince them otherwise, without wallet or money, he plays it along and is taken to the lavish manor house of the family, where in short order, he finds out that he has a sad and sickly wife, a young daughter, a married brother, and a glass works foundry on the verge of bankruptcy.

The story weaves together the best elements of ‘The Sultan and the Beggar‘ and ‘Man in the Iron Mask‘, where a low-born character is thrown into high society and forced to make the best of things. Standing finds out that everyone hates him for being disinterested, manipulative and completely heartless.  On top of that, the business deal he/Spence should have brokered with a supplier never happened.

Trying to pick up the pieces and learning as he goes, Standing starts trying to fix the situation, and develops a deep love for everyone in the family. His prime traits of kindness and sensitivity slowly turns the tide of the family anger, and in the span of a week, his attention to each individual turns them from hardened seeds into blooms.

During his investigations at the bank, he discovers that ‘his wife’ is heir to a million pounds, effective upon birthing a male heir or dying. In the middle of this, Spence returns from his week of freedom, and is determined to have his life back. He is astounded at the transformation that Standing has effected on his family.

Spence is equally impressed at his wife’s new malleability and affection, nurtured by Standing’s divided kindness, and easily persuades her to take her own life for everyone’s benefit.  He hopes to cash in on her inheritance, save the family and free himself from an annoying marriage.

Standing discovers this almost too late, is able to call an ambulance and squares off against Spence, determined that some good should come from the situation. Spence intends to kill him and cremate the evidence, leaving Standing no choice but to defend himself, and emerge a conflicted victor.

He is determined to disappear, even though he has now found a new family whom he loves.  It takes the comment of the governess to help him see that sometimes, fate takes the reins, and leaves us to run with the results.

He chooses to stay, resolving all the differences and bringing a happy concord to the family.

With some reservations – Standing’s not a perfect character – this film was deeply satisfying, to see a man with a good heart step into an impossible situation, and through kindness, attention and good will, turns everything around. The special effects for the doppelgänger are riveting.

It’s a Prince of Zenda story where he gets to keep the throne and the girl, and rule well.