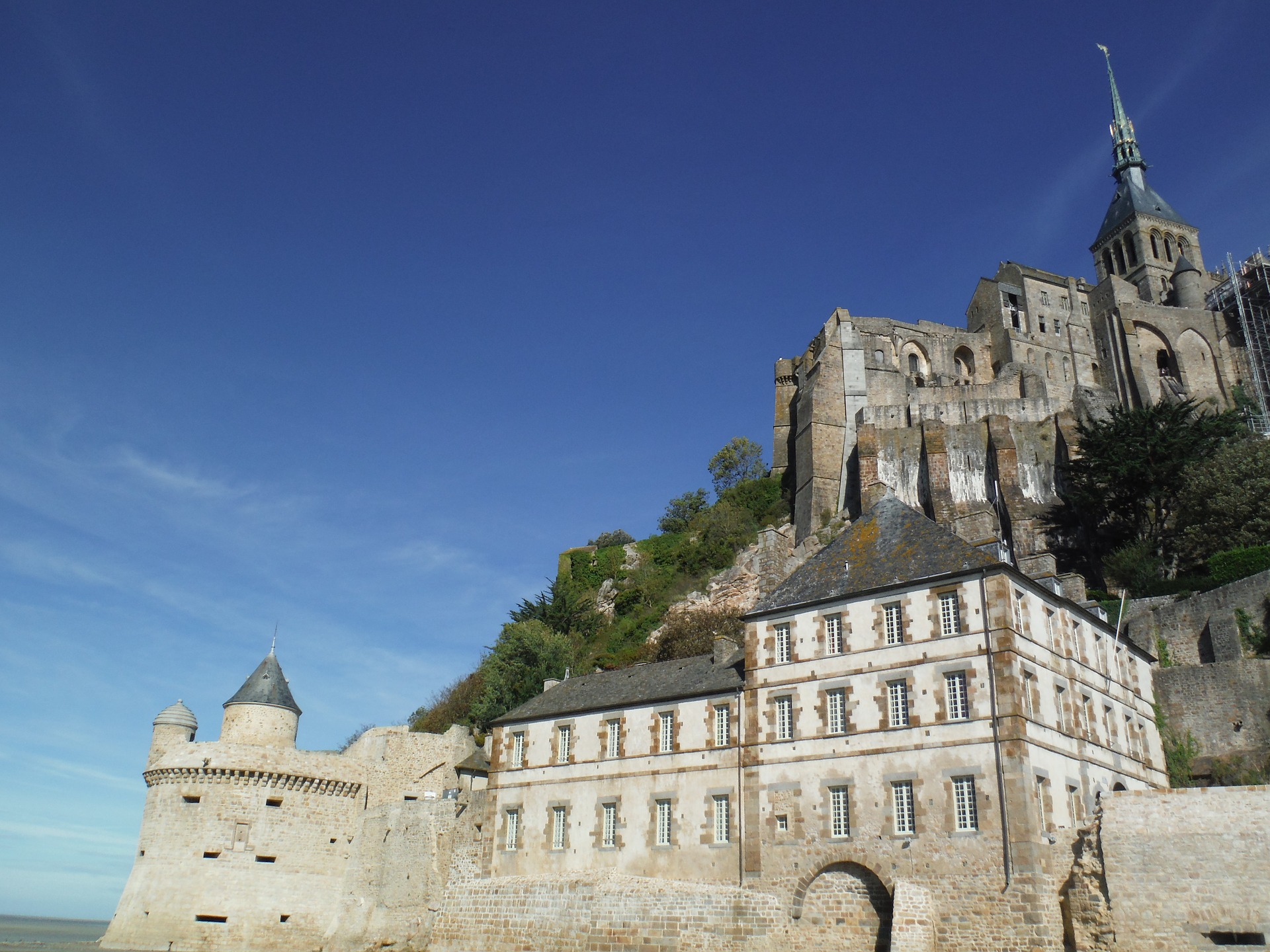 Once Upon an End: A Short Story of Truth and Taletelling

He had reached the End of the world… and even come back from it. There he had expected to find monsters with torturous tentacles splayed on cliffs, or perhaps bleak beasts of shadow that filled the horizon with occult mists, or perhaps a spiralling hole into heaven’s emptiness. But he didn’t find that.

His name was Man, and his parents were Old Man and Tired Woman. He was born in a small home carved from the side of a hill, packed with memories and flowers, the warm years falling one after the other like bubbles in a windmill.

Everyone in the village lived their lives and did what they did with the comfortable regularity of a sewing machine. The four walls of their canyon were the limits of their universe, two bent, stone walls defining a narrow strip of sky, a gash of blue far overhead, a cloudy smile.

Few climbed the canyon walls. Fewer even wondered what might lie beyond. One thing the Dwellers all shared in common; they were ‘realists’. They knew ‘the real world’; far too often they’d been burned by accident and loss. They’d tasted disappointment, and drunk deeply of failed attempts and worn hopes. They’d chewed the hard gristle of stoic resolve, rolling from their beds each morning with the grey determination that another sunrise would not find them on their backs.

They one thing they all disliked was ‘idealists’.

On one level, Man liked and disliked them; they were all inspired by hope and a desire for more. There had to be something more to life than walls of stone and faded sky. Life had to be wonderful, or horrible, or something. It couldn’t just be. What irked him were the Idealists who threw ideas out like half-baked bricks, ideas that were weak, fractured and useless. Deep down, even they didn’t believe half of their own thoughts. But more often than not, they clung to them with a death-grip, purely to be ‘different’.

Sometimes it took a young man with an old heart to break the mold. Or even an old man with a young heart. Someone who’s outlook on life was bold enough to be more than grey, to be black or white. Man determined to find the real edge of the world, that one place where he could go no further, the final, firmest place in which he could stick his tent-peg and declare ‘I have a limit’.

He would ask his way to the edge of eternity.

Man tried; he did the ridiculous and ridiculed, scaled the cliffs and left everything behind. In search of this pearl of great price, he struck out across deserts under exploding moons. He found rivers that seemed to flow from the heart of the world, a blood as white and pure as the stars. The nomads living in these lands followed their food, nourished by a shaken cynicism. They sneered that the world had an edge, that reality was no more than the wind, the rain and the sand clogging their nostrils. And yet their stale smiles smacked of a fear borne from some forgotten experience. It was as if they dismissed the reality of fire, and yet could not ignore the burn marks on their fingers when, as babies, they reached out to touch it.

They could not be telling the truth. They had never gone far enough, being too afraid of falling off. Man felt that so long as the world had no meaning, then it was better to fall off and fall forever.

Pressing on through petrified forests, he found ruins and relics of ancient kingdoms and judges of old, now reduced to fallen terebinths and smoky arches. Unknown idols and ziggurats leaned against each other, propping up altars and columns laden with the bones of grey sacrifices.

The men living in these lands were also grey. They felt grey, looked grey, smelled grey. Their incense was tired, their hearts clotted with old blood, their minds flitting from thought to thought like moths over ashes as they crawled from grotto to grave. They were terrified of the edge of the world, believing that they clung to the face of a spinning disc at the mercy of demonic deities and gracious goddesses. They fled from his questions.

Feeling their greyness cooling his veins, Man pushed past them, running far and hard. Life pumped through his bones. The world pulsed under his feet. Somewhere, somehow, there had to be an end to it all. There had to be something greater than living another Man like him; perhaps a god of stone to rule the sky, perhaps a coiling whirlwind driving everyone into the centre of the world. Something to fear, to adore. The more he saw, the more he needed to know.

Frozen cataracts hung over realms of fire. Boiling lakes of lava spotted frozen jungles of hoary ice. There he found other men, wrapped in robes of red and saffron, curled under cloudless skies. They chanted and hummed, hanging like forgotten torches among the bamboo and terraced stone pavilions, but their flames were pale. They were like empty cocoons that had never known a butterfly. They offered incense to themselves, inhaling from communal bowls etched with exaggerated elegance. They denied that the world had an edge, denied there even was a world.

Man ran from them. The ones who feared the universe and its gods were more human than they. These dreamers had absolved fear from their souls, and had fled into mind-realms as vast as eternity, and as pointless as a whirlpool. They’d deluded themselves with a dream.

Finally, under a morning breeze laden with the scents of oriental spices and creaking woods, Man stumbled into the sun-split shadow of an ancient city, clustered with the spires of churches and universities, laced with markets and banners and singing and candlelight. And finally, there, through giant windows of stained glass filtering the warm stars like dappled mosaics, the edge of the world dropped away into a chasm-less void. This City of Ages, built of white marble and streaked with silver chains, clung to the very cusp of reality with a death-man’s grip. But this was the death-grip of a falling sailor to a ship’s lanyard, not a floating spar.

Here Man was welcomed into the councils of the Ancient Youths who showed him the temples and tabernacles, opened the sanctuaries and sanctums of literature and liturgy, even allowing him to press his face against the giant doors leading to Heaven itself. Finally, his heart could rest; he heard the whisperings of angels and the dreams of the saints. He saw the tombs of the dead where death did not decay. He saw the miracles of flying homes and hermits, read the accounts of martyrs and masters, heard the music of organs and orchestras.

Noon passed night. Stars ringed the suns like crowns of sparkling dust, creating figures of undefeated Virgins surrounded by dragons and bulls. This was a City of Promise, of Purpose. Man had found the edge of the world, and found that it had already been discovered. He was even shown the Foundation Stone of God, buried in the highest temple and veiled with airy silk, carved with a Name beyond all other Names; the Name of the Most High. This was a City where they even knew the Name of God, as a lover knows his beloved.

Finally filled with hope, New Man took with him a few seeds of the Trees of Life growing from every child’s garden patch and pounded home, back across the world, back across the unnamed deserts and arctic plains. Finally at home, his heart burst to share the good news with his family and friends, his folk and foes.

But the Dwellers would hear none of it. They were ‘realists’, and they knew reality when they saw it.

They told him to shake off his naiveté, to get his feet back on the ground, work his toes into the dirt and strap old leather once more across his shoulders. His words fell on deaf ears, for his was the voice of youth, and theirs brimmed with the convictions of their experience. He pleaded with them at the doors of taverns, put up signs on roads and described the heavens in their homes. But they patted his head, and prompted him to eat more. Spent with exasperation, he withdrew from them, scouring his mind for some way to help them see.

When his beard flowed from his cheeks and mingled with his aged hair, he learned the lesson of the world. Truth comes to a select few. The rest are inducted by slow degrees, initiated by stories and examples, until the day comes when they see it for themselves. One way lay at his hand to share with them the visions of stained glass and grained brass, the high white walls and swinging rings of old gold, the floors of smoothed marble and doors of ancient wonder.

Setting aside the chipped shield and armour of the world, he took up the blue cloak of the storyteller, and delved into the open vistas of their minds, pushing further in and further out with a simple formula: 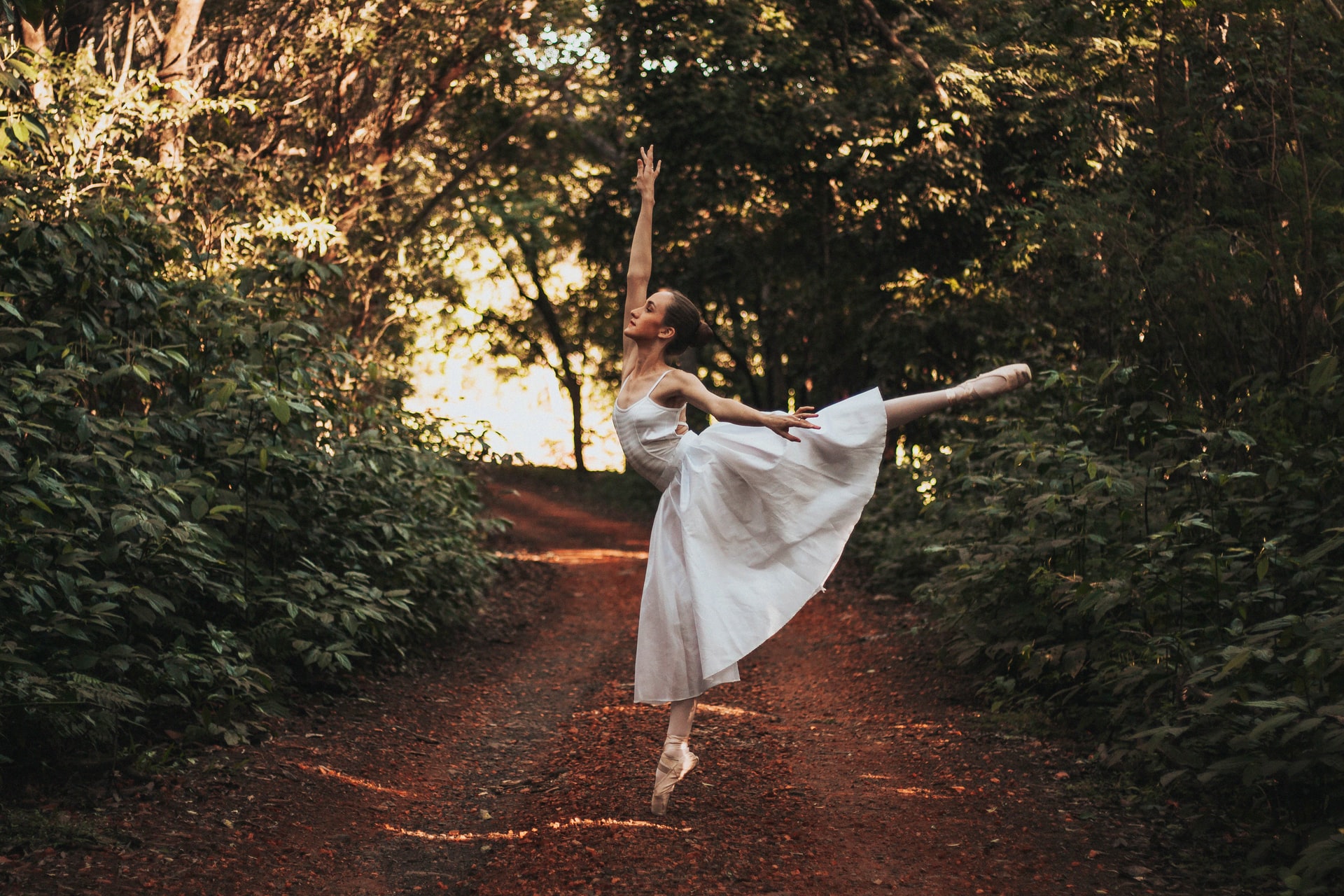 How we find unity, order, and splendor in Dance

Several years ago, a friend shared her thoughts on the beauty of ballet, and I was so struck by it all, I asked to share it online. It deserves to be out there. Her notes strike me with this thought: Every moment of every day, our lives are filled with unintentional... 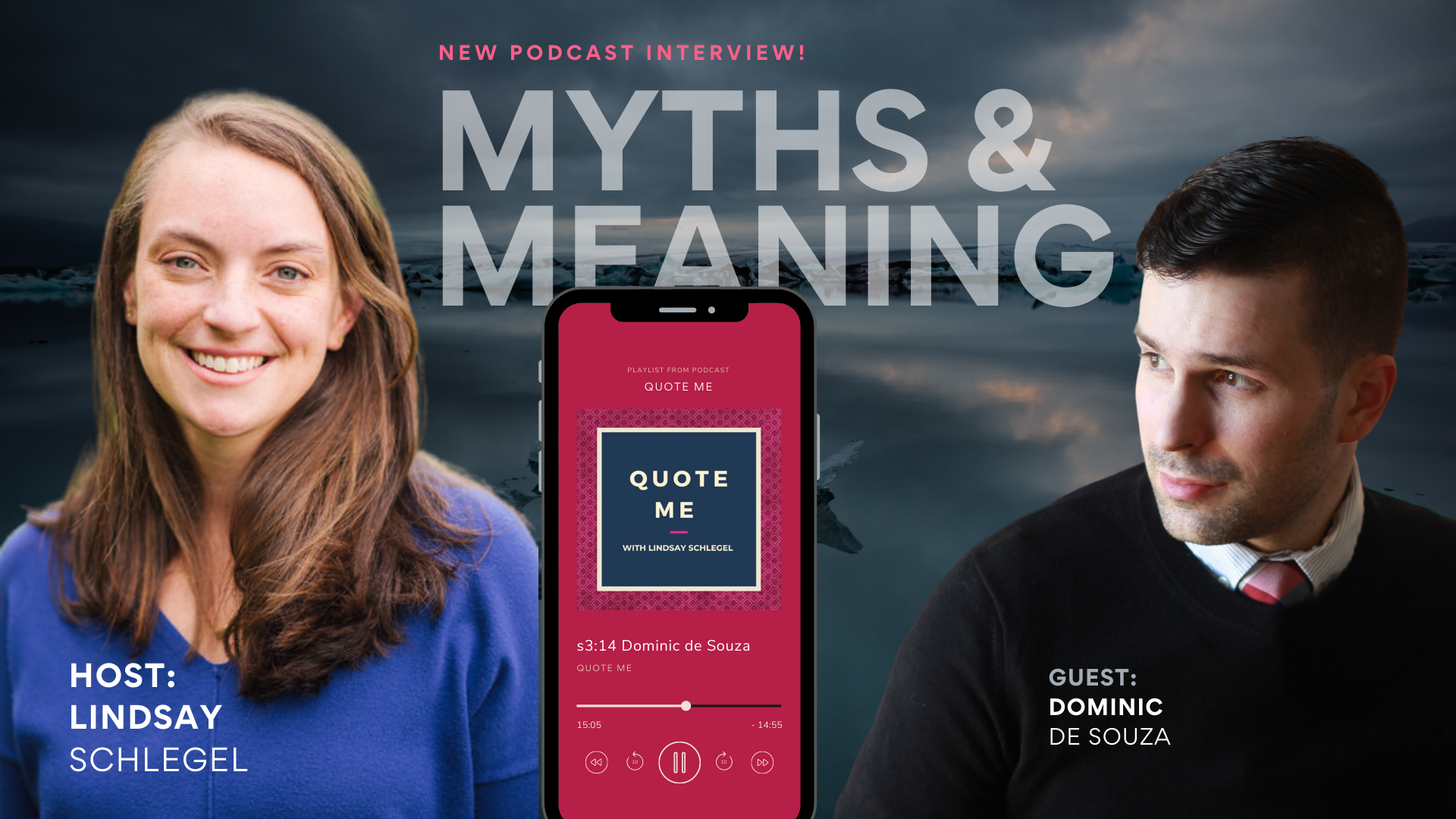 "We’re delighted to spend time with Dominic de Souza, founder of DreamAgain and SmartCatholics, and a dad with a small family and a smaller corgi. "Tolkien is a popular choice this season (and we’re not complaining!). This quote comes from his essay “On...

It's a weird sense. A strange sense. Walking into a silent room, a silent house, surrounding by a silent town. Wrapped in quiet fields. No internet. None of the ADHD hum and click and swish and swipe of a network, or of social media. No notifications. Sitting down on...